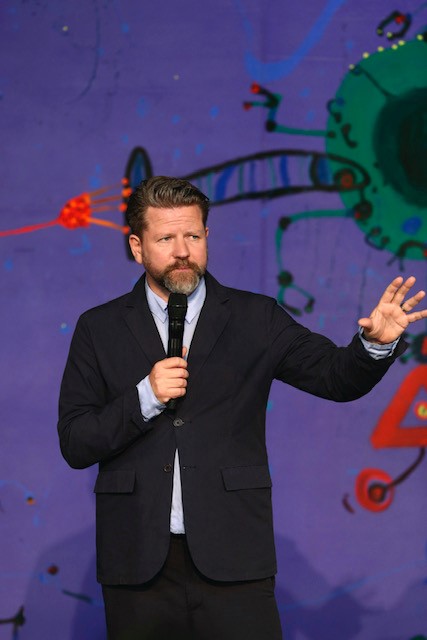 “Almost everyone has to say goodbye to their family home at some stage. It’s hard enough at the best of times, because our homes are where we make our most cherished memories. But imagine if your family home is an architectural masterpiece. Could you let it go? Or would you want to hold onto that design legacy?”

After travelling across the country, Tim Ross asks exactly that in his new live show. Part talk, part screening and part comedy show, Tim threads together a series of films with anecdotes and his inimitable humour to take you on an architectural adventure into some of Australia’s most significant modernist houses. This is a rare opportunity to glimpse inside houses designed by the greats including Robin Boyd, Chancellor and Patrick, Roy Grounds, Esmond Dorney, John Andrews and Ken Woolley.

Eminently relatable, Tim touches a nostalgic nerve by drawing out the stories of Australian families whose lives have been shaped within the walls of modern masterpieces. He takes us to meet the people who believe in the design legacy of their family homes and finds out how far they’ll go to protect these landmark houses. “You won’t believe some of the challengers they are facing and the incredible stories of how architecture and memories bind us to place,” says Tim. “The key theme of DESIGNING A LEGACY is the idea that great architecture can elevate us all. It speaks to us of our story, and reminds us of what we can achieve. And it also reminds us that the things that make a property rich are not measured by dollars and cents, but by experiences, and in the way they make us feel. If we value and preserve our best buildings, we’re not just thinking sentimentally, but sustainably as well.”

This is a journey into why architecture matters. After all, “Architecture isn’t about buildings at all, it’s about people.” – Paddy Dorney, son of Esmond Dorney.