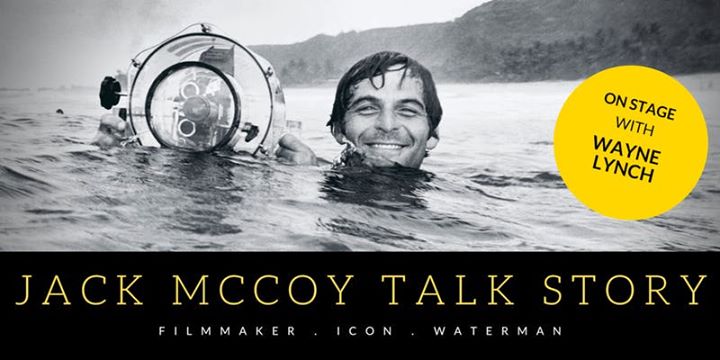 Award winning filmmaker Jack McCoy invites you to enjoy an evening of stoke with his stories as a director, cinematographer, photographer and producer at a one night only special event at Land & Sea Brewery, Noosa.

He’s tracked surfing as an art form over more than 40 years, documenting the greatest surfers in history such as Gerry Lopez, Tom Carroll, Andy Irons and Kelly Slater.

His interactive ‘talk-story’ events have held audience’s captive around the world, with a mix of story-telling and film clips. The Noosa show will see Jack joined on stage by Aussie surfing legend and personality Wayne Lynch.

McCoy & Wayne collaborated in 1975 for the film A Day in The Life of Wayne Lynch and again in 1982 for Storm Riders. As one of the worlds most respected shapers, Wayne has become surfing’s spokesman for the ocean and the environment.
Land & Sea Brewery

Noosa pets like to INdulge in @peticular store vis

Head over to @zenkoyoga to find out about the INcr

Did you know that @weaver.green_au rugs and runner

INtroducing Chris and the team at @antiquesandposs

An INspired collection of the most beautiful home

An INspiring new art exhibition about to open at @