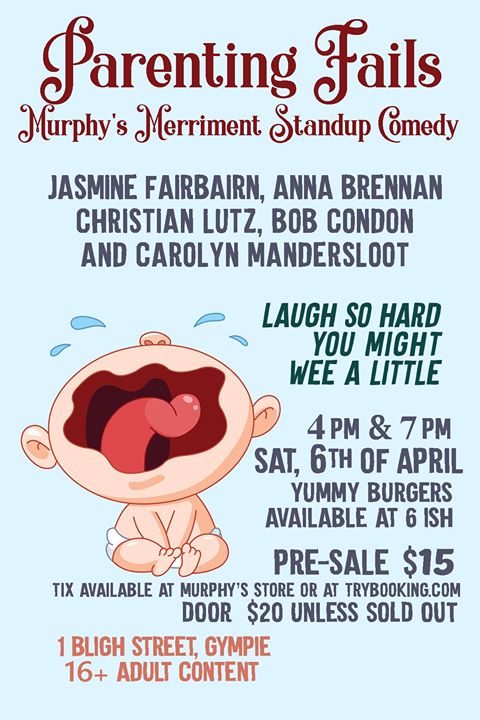 Join a bunch of local comedians at Murphy’s for a night of Parenting Fails themed stand up comedy. Tales so giggle inducing a little bit of wee might come out. 🙂

We adore this photo of Nilla from @vanillafood cap

Alicia from @butterfactoryartscentre has her copy

The stylish Robin of the stunning new fashion bout

You can now buy one of our gorgeous jute bags (lin