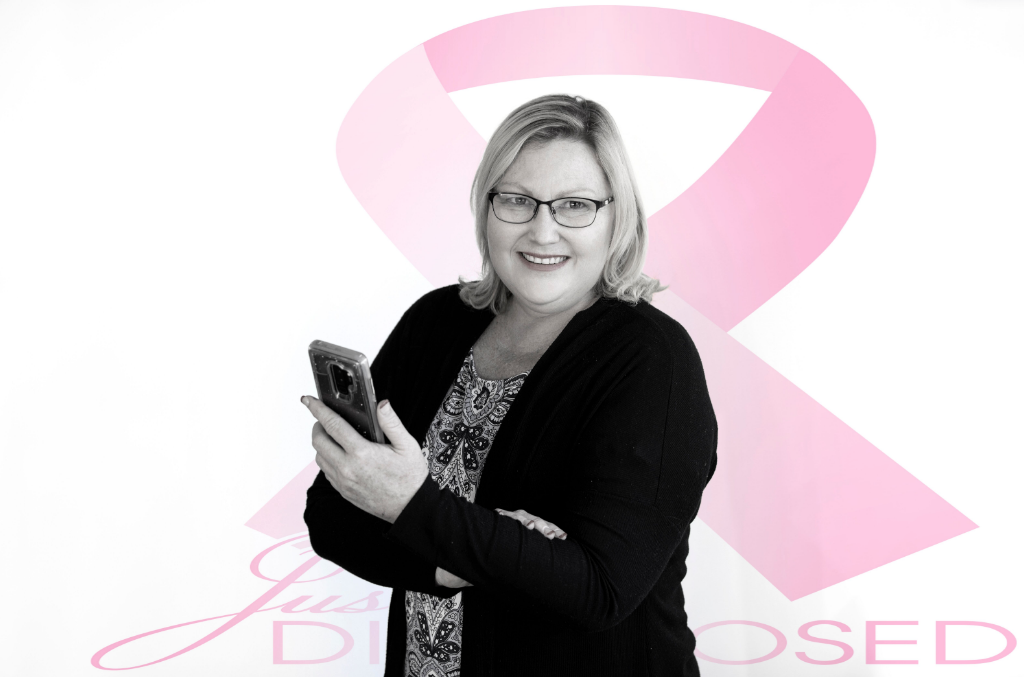 Spring 2019
An APPtitude To Survive

Jolene Ogle discovers how Sue’s Whittaker’s own traumatic journey helped her create an app that aims to help people navigate the terrifying experience of a cancer diagnosis.

It was only by chance that Sue Whittaker had her GP look at a lump on her breast. At 43, Sue had never had a mammogram but when she heard singer Olivia Newton-John had been diagnosed with breast cancer for the second time, she decided to check her breasts.

Sue found a small lump on her right breast, but “didn’t think anything of it”. At the same time, she had started a new job as a chef so assumed the pain under her arm was linked to the movements at her new job. While visiting her GP, Sue decided to let them know about her lump and pain.

Two weeks later it was confirmed, Sue had Stage 3 breast cancer with more than 10 centimetres of tumours in her right breast. As a single mother to two daughters, she was absolutely devastated and left completely bewildered.

“I was 43 and had never had a mammogram,” she recalls.

“I was the happiest and healthiest I had been in my life.”

What followed was six months of chemotherapy, 25 rounds of radiation and a single mastectomy followed 18-months later by another mastectomy.

“I had all the thoughts like ‘how am I going to survive? How will I do this? I’m a single parent, I have to raise my childrenʼ,” Sue says.

“And then I clicked into the only way I know how to fight – to be strong. I woke up every day, I went to work every day because I had to. I’m not the kind of person to sit in the corner and feel sorry for myself.”

Sue didn’t allow herself to be swallowed by the grief instead, she got to work creating an app to bring together all the vital information people need when they are diagnosed with cancer. Just Diagnosed is the result of Sue’s trauma, a response to the sense of helplessness and confusion that followed her diagnosis.

“It’s such an easy app to use and it brings together, step-by-step, all the things you can do as soon as you are diagnosed,” she explains. “While there was already information available, it was scattered with various flyers and on different websites. There was nowhere that brought it all together.”

Sue has teamed up with local service providers and hospitals to bring the best and most up-to-date information to the Just Diagnosed app. A recent fundraiser helped raise enough money to add the app to stores such as Apple and Google.

Sue is driven by a desire to help others facing the devastation of a cancer diagnosis, to make it as easy as possible. The creation of Just Diagnosed was also a way to help Sue heal from her traumatic experience.

“Creating the app took my focus away from cancer,” she said. “Almost 12 months after my treatments began, I decided I was well enough to work on the app. We started work in May and launched in July, it’s been amazing.”

Until the app is uploaded to your favourite app store, you can download it by visiting www.login.cliccsdigital.com.au/m/justdiagnosed and add it to your phone’s homepage. Stay updated on the progress of Just Diagnosed by following the IN Noosa Facebook and Instagram pages.

Find out more by listening to the Sue Whittaker Conversations in Noosa podcast on all good podcast platforms.