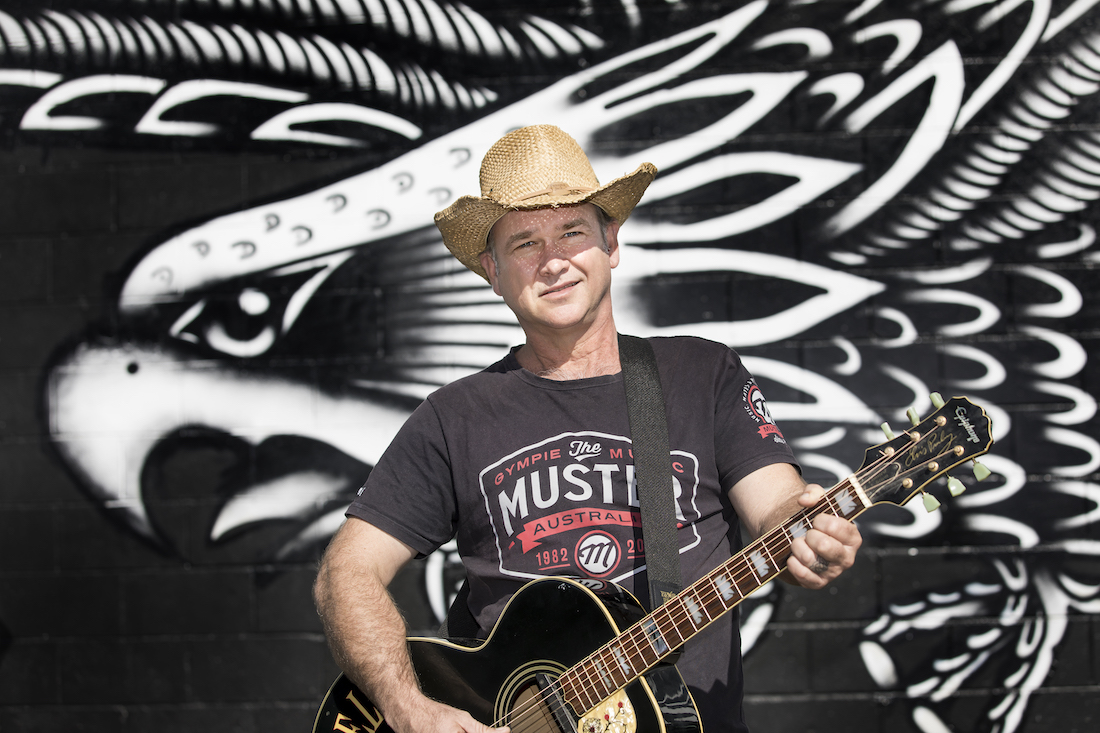 Have you ever had one of those life-changing moments, a chance-meeting perhaps, where for whatever reason, there was a moment of clarity and certainty? John Caruso meets a Noosaville local who’s changing the lives of kids, here, and on the other side of the world.

Gravelly-voiced Oz Bayldon wears many different hats. Ask him what he does for a ‘crust’ and he’ll start spruiking as the operations manager at the Gympie Muster.
“Then, I talk about The Active Community, and then about the world records,” explains Oz. “It feels like I’m pissing in my own pocket, however, these things have all had social consequences and the more I talk about them, the higher the awareness for the things I’m trying to achieve.”

In 2002 Oz returned from London as a touring musician, gigging about Noosa.

“A mentor of mine, Ian Farrington, told me he was doing this International Music Festival in Nepal and I always felt I had this mystical connection with Nepal, so I suggested I’d tag along. I was running one of the biggest acoustic clubs in London, so I said I’d bring some acts from London to join us,” Oz explains.

Within the first two days, there was a life-changing moment.

“I was walking into a local village and I came across a kid whose arms and legs were S-shaped, and I’d heard stories where parents and local gang members would break and re-break the arms on children so that they would go and beg on the streets,” recalls Oz. “I picked this kid up and took him about 30 metres to a shop, bought him some food and next minute, there was a large group of kids gathering about, all with similarly twisted limbs.

I fed them all for about $50. In those days, I was all about sex, drugs and rock ‘n’ roll and spending $50 in one night getting ‘high’ would have been the norm.

Instead, I bought the kids sandwiches, chocolate bars and soft drink, and watched as they sipped on their drinks. The whole experience with the bubbles was completely new to them. When I saw what a small amount of money like that was able to do, it completely changed my life and my purpose.”

Oz returned to London, however, packing donations into shopping bags and fundraising quiz nights were laborious and boring tasks for the adventure-seeking Aussie.

“I returned to Nepal the following year and Ian was there again, and he suggested setting a world record for the highest gig on land. That idea of generating awareness for what these kids in Nepal were going through and raising money through something like that had far more appeal,” says Oz.

There were challenges along the way.

“Power for the instruments came from two truck batteries, which were super heavy, and we had to bring an inverter, which was as heavy as the batteries and we took a four-channel desk too,” he explains.

Oz Bayldon’s determination paid off, and to this day, he holds the Guinness World Record for the highest concert ever staged on land at an altitude of 6,476 metres, while at the same time raising awareness and funds for the charities that he’s committed to. “I’m always thinking about the next adventure. The next record-breaking project.

There’s the longest performance down the Amazon River in South America, and the craziest gig yet: I want to perform on top of a hot air balloon and then skydive off,” says Oz excitedly.

Whether he’s strumming his guitar on a snow-capped peak in Nepal or sailing down a perilous river, endeavouring to break another record, you can bet that there’s a worthwhile cause, a charity or a bunch of underprivileged kids close to his heart that he’s doing it all for.

Events & festivals that Oz Bayldon is involved in:
Gympie Muster (operations manager)
The Active Community (director)
Raising funds for charities, schools and clubs and giving clients an adventure of a lifetime.
Noosa Come Together Festival
(June 8 & 9, 2019)
Now in its fourth year, along with the Noosa Busking Championships. Originally started by Oz to raise funds for ‘Sailability’, a sailing program for children with disabilities.

Find out more by listening to the Oz Bayldon Conversations in Noosa podcast. Available now from all good podcast platforms.