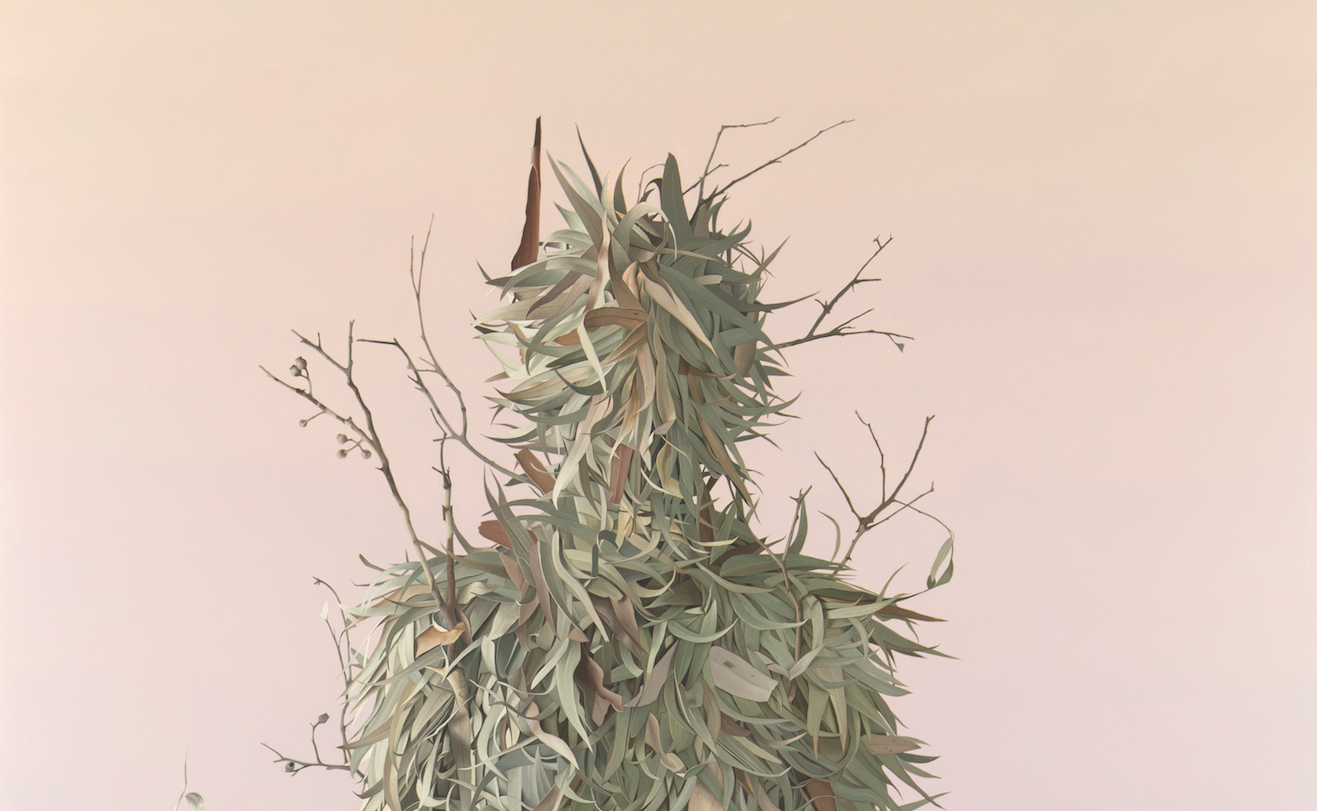 Who better to highlight the magic and importance of one of Noosa’s most stunning art events than Noosa Regional Gallery Director, Michael Brennan? Floating Land has a kind of legendary status in Noosa, as Michael explains.

I’ve only been living here for 18 months but have lost count of the number of times someone has passionately recounted the experience of watching Rowley Drysdale’s woodfired kilns – perched on platforms just above the surface of Lake Cootharaba – billowing flames and smoke from their tops while Gubbi Gubbi Traditional Owner, Lyndon Davis, stood knee deep in the water nearby, adorned in traditional body paint and playing the didgeridoo.

Or the evening Domenico de Clario set out to play his piano from dusk through to dawn – blindfolded – atop Mount Tinbeerwah, while audiences came and went at their leisure, some drifting into sleep while his improvised composition echoed into the night.

And then there was Leah Barclay’s guest curation of the program in 2011, bringing video projection and new media works into the line-up alongside the sculptural interventions for which Floating Land had become renowned, ushering in a new era for this internationally-celebrated art and environment event.

From the serene shores of Lake Cootharaba at Boreen Point to the rocky outcrops of Noosa National Park – and several spaces in between – visitors are invited to experience thoughtful, challenging and environmentally-aware works that engage sensitively with these spectacular spaces.

Floating Land’s 2019 by-line – point to point – is both an acknowledgement of the two anchor sites for this year’s event, as well as a statement of provocation, asking artists and audiences to consider the way they move through a space and the fact that every journey leaves a mark.

Artists have been invited and encouraged to develop projects that engage thoughtfully, poetically, politically or provocatively with the notion of ‘point to point’ – or any combination of these. The phrase hasn’t been put forward as an idea to be illustrated, but rather a starting point from which a diversity of meanings might – and have – emerged.

It’s exciting to be able to announce that a number of artists from previous iterations of Floating Land will again be contributing new works to this year’s artistic program.

Domenico de Clario will return to endure the dark hours of the night, blindfolded at the keys of his piano: once early on in the program, playing at the shoreline of Boreen Point while the full moon reflects off Lake Cootharaba’s surface; and again at Noosa National Park to close out Floating Land with the new moon and the sound of waves rolling in at Little Cove merging with those of his improvised piano composition.

Leah Barclay invites audiences to join her on a kayak tour through the Noosa Everglades, wireless headphones delivering a live-mixed soundscape direct to the ears of those attending, with audio captured from the immediate environment fused with stories told by Traditional Owners while the surrounding landscape gently glides by.

And another Floating Land alumna, Kabi Kabi woman, Bianca Beetson, will work collaboratively with Barclay to create a particularly significant work, engaging with the shocking history of Murdering Creek at Lake Weyba. Beetson and Barclay will live-stream audio and video from Murdering Creek into Noosa Regional Gallery, while a poetic sculptural response to the massacre site will be installed across the lake from the mouth of the tributary,
inviting people to reflect on the atrocities inflicted by colonisers on First Nations people – both here and around the country.

Adding to this year’s stellar line-up, Wiradjuri man and Artistic Director of the 2020 Sydney Biennale, Brook Andrew, will be presenting three new additions to his Travelling Colony project. Realised in collaboration with groups of artists from the Noosa community, Travelling Colony is a series of dazzling, hand-painted retro-style caravans inspired by Andrew’s Indigenous heritage, popular culture and the circus.

Drawing on the talents of dozens of artists from the Sunshine Coast, Andrew’s project goes to the heart of Floating Land’s core ethos of bringing together the best of contemporary art practice with community engagement and participation.

And going to the heart of Floating Land’s definitive subject of concern, internationally acclaimed artist, Juan Ford provides a startling reminder of the risks of ignoring humanity’s impact on the environment. Emerging from the bushland alongside Mountain Bike Trail #1 in the Tewantin National Park, Ford will situate a horde of life-sized sculptural figures (as featured on the cover of this edition of IN Noosa).

Assembled from the stuff of the environment, it’s unclear whether this is a gang of Mad Max-styled eco warriors or
mummified accomplices to environmental degradation, subsumed by the land for which people have shown so little regard. Either way, something has clearly gone astray.

These are just a small selection of the dozens of site-responsive projects being presented as part of Floating Land: point to point. Ash Keating will install a series of his fire extinguisher paintings amid the lush greenery of Noosa National Park. Leonie Barton will lead a group of artists from the region to install an ephemeral art trail along the shoreline of Lake Cootharaba.

And Japanese artist, Masao Okabe, will return to Noosa three decades after his formative visit in 1988, bringing with him collaborator, Chihiro Minato, to document sites and surfaces from across the region. On his first visit, Okabe
pioneered a collaborative approach to his art making which he went on to adopt throughout his career – a career which has included representing Japan at the Venice Biennale. 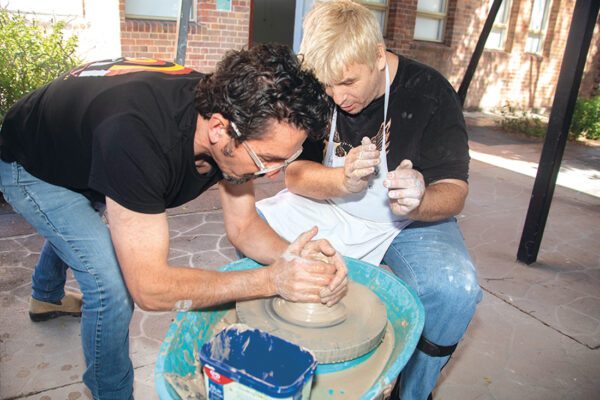 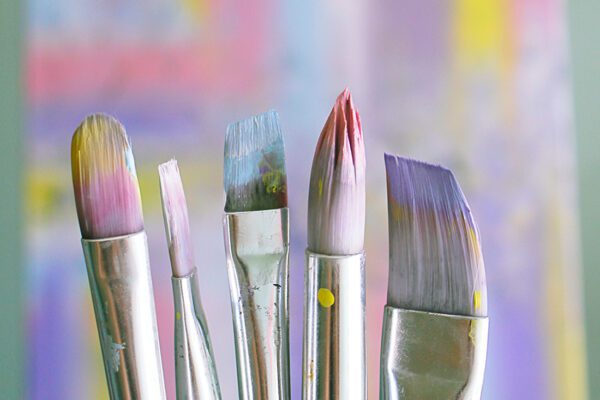