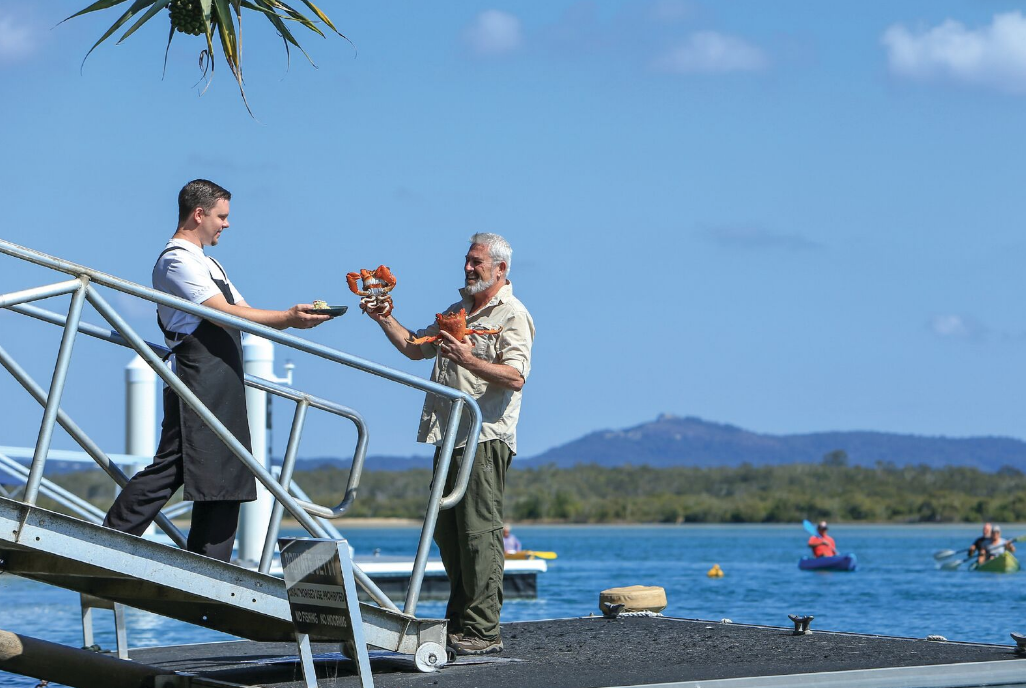 For Jason Simpson, Spanner Crabs have been his love interest for more than three decades. After numerous attempts in the seafood industry, the opportunity presented itself for he and his wife Tammy to join industry pioneers Les and Lyn Apps and their daughter at Fraser Isle Spanner Crabs.

“From the first Spanner Crab I ate 30 years ago, I fell in love with it – it was strange to look at, but the most important thing was that it was fresh,” he said.

“The meat was sweet, white, succulent.”

Spanner Crabs go by the Latin name Ranina ranina (Jason says it is so good they named it twice) and are found in tropical climates around the world. They are revered in Hawaii as Kona Crabs; the Philippines as Curachas; and in China as Tiger Crabs.

Aussies like to call ‘a spade, a spade’, or ‘a spanner, a spanner’ so the crab is named after its spanner-shaped claw which allows it to get in between two shells and cut the abductor muscle to retrieve the meat. According to Jason, the diet of the Spanner Crabs is one of the reasons why the meat is so sweet.

“With a diet of live scallops, oysters and live prawns, it eats like a king!” he said. “Spanner crabs are smart hunters with a refined palate.”

Jason’s passion and love of these animals is clear in the way he handles them and also the company’s philosophy of nurturing the species. Protecting and maintaining the marine environment surrounding the UNESCO World Heritage-listed Fraser Island is a top priority for the family-owned business.

The fishery was one of the first to be certified sustainable under the 1999 Biodiversity and Environment Protection Act and has since been recognised by environmental groups as having a zero by-catch and zero effect on the seafloor.

They also received Australia’s first Snail of Approval that recognises producers who abide by the global Slow Food philosophy of good, clean and fair food.

Spanner Crabs are growing in reputation globally with Fraser Isle Spanner Crab harvesting half a million crabs or about 300 tonne of whole crab equating to 60-70 tonne of meat annually.

“We are the biggest in the world and we take that responsibility very seriously,” Jason said. “Overseas fisheries are in trouble due to overfishing and even here in Queensland where we have some of the best-managed fisheries in the country.”

Consumers can buy Spanner Crab meat from Noosa Providores and Noosa Junction Fish Market with the product appearing on most white-tableclothed restaurants in the country as well as throughout the world and Cathay Pacific First Class and Qantas First Class, thanks to the support of celebrity chefs such as Neil Perry.

“Restaurants and consumers love the sweetness of the crab and we make it easy by harvesting the meat for them,” he said.

“We try to ensure we minimise any waste by using the shells and discards to make stock; and I love challenging chefs to create inventive ways to use all of the components of the crab.”

For Rickys Head Chef Josh Smallwood, Spanner Crab Spaghettini has been on the menu at Rickys for decades and they wouldn’t dare remove it.

“It is the most popular dish we have ever had – or would ever have,” he said.

The week before our photoshoot the restaurant served up a staggering 250 dishes – and that was during one of the slower weeks.

“In summer we will easily do more than 500 spanner crab dishes per week,” he said. “It is such a popular, simple and iconic dish that I don’t need to change it or mess with it.

“When you have such a champion ingredient it speaks for itself. Customers love the clean, fresh flavour and sweet flesh.”

As Jason explains, the restaurant’s relationship with Fraser Isle Spanner Crab epitomises the rapport they aim to foster with clients.

“It’s about local, quality and consistency. Jason and the team are great people who are really passionate and they
show great respect for the product,” Josh said.

“It’s what they bring to the table everytime and it makes my job so much easier. It’s a real privilege in this part of the world to use products that are so abundant and such good quality.” 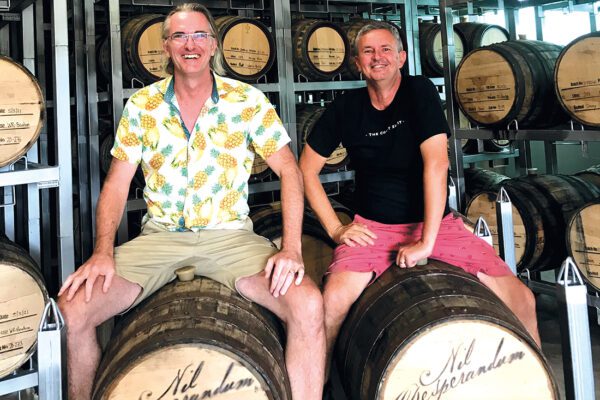 Spread the Sunshine - Sunshine and Sons 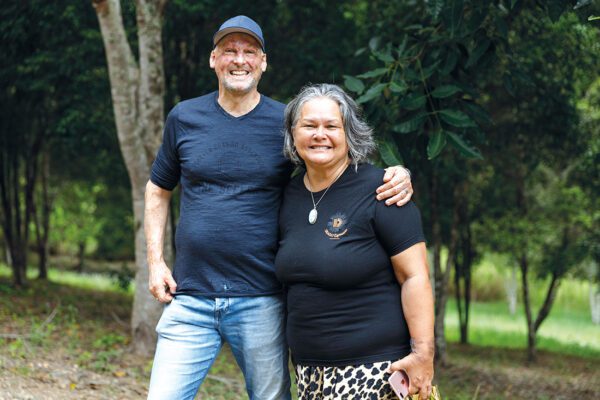