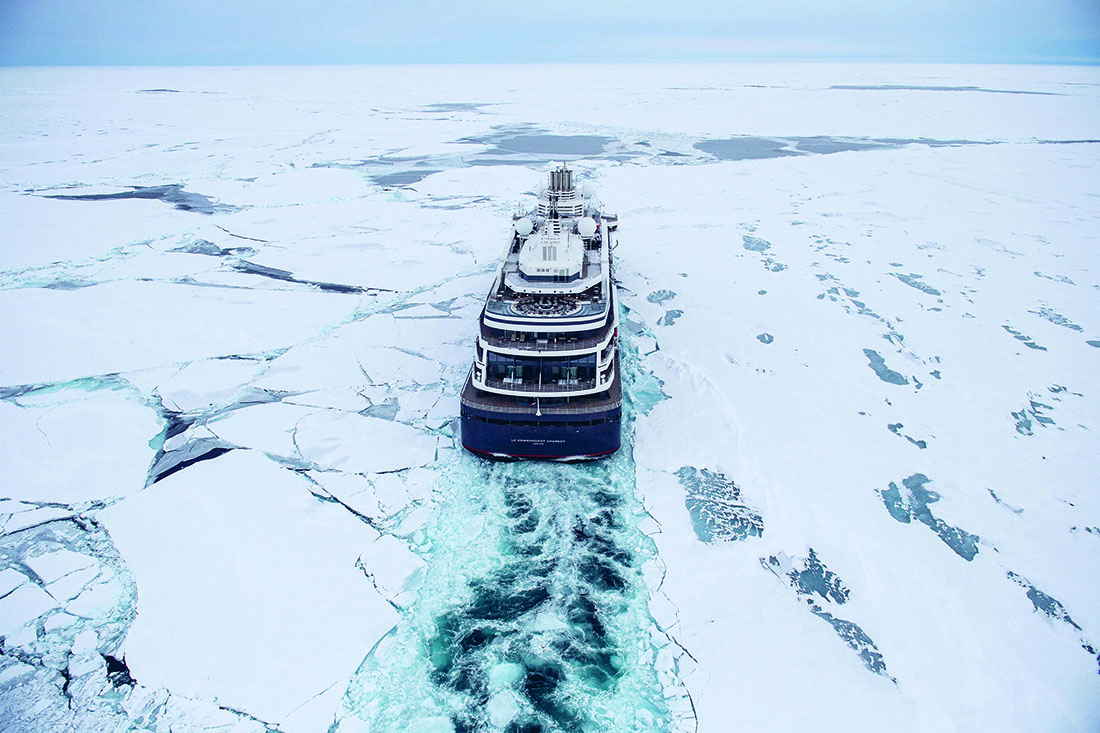 As the world opens up, it is well worth the wait for the odyssey of a lifetime onboard Le Commandant Charcot, effuses Helen Flanagan.

Certain journeys transcend us and come with an element of great excitement, especially when it is Le Commandant Charcot, a vessel that is rewriting the rulebook for polar travel.

Launched in September this year, Ponant’s 13th vessel, the world’s first luxury ice explorer, is an LNG/electric hybrid, which in a trial voyage to the North Pole, surpassed all performance expectations, breaking through up to three metres of compacted ice and becoming the first French ship ever to make the journey.

Nothing is typical about Le Commandant Charcot with the hybrid nature of the vessel going beyond the propulsion system, combining levels of luxury and expedition previously unheard of and truly impressive. Famed French designers Jean-Philippe Nuel and Jean-Michel Wilmotte have created contrasting and complementing spaces that move from a striking polar-inspired colour palette of whites and blues in places such as the main restaurant, Nuna, with menus created by Alain Ducasse showcasing Ponant’s French culinary roots; to warmer, plush interiors in the exceptional suites and staterooms.

Complementing the Ponant signature of haute cuisine and a premium open bar are outstanding public spaces such as deck nine which is home to the stunning Blue Lagoon, a heated infinity-style pool arcing around the back of the ship and central fire pit. There’s also a snow room for invigorating hot and cold spa therapy.

The large theatre can accommodate 245 guests, although passenger numbers are limited to 200 for Antarctica voyages.

The 360-degree promenade deck has a heated floor to prevent ice forming and even has heated seating (of course) to keep guests warm and cosy whilst travelling through some of the coldest places on earth. For incredible views look out over the uniquely-shaped bow, designed to mount the ice and by using the ship’s weight break through it; also the second bridge at the aft, used when the ship turns its engines 180 degrees, relies on the propellers to cut into the ice while reversing into it.

The large light-filled observation lounge at the front overlooks the helipad, where a single, four-passenger helicopter is used by the expedition and scientific teams on board to scout landing sites and aid research.

Be amongst the first to embark on one of these unique polar expeditions, sailing through the ice to the highest southern and northern latitudes – the Geographical North Pole, latitude 90°, high into northeast Greenland and deep past the Antarctic Circle and through Larsen Ice Shelf or to the Ross Sea.

Another welcoming new aspect to Le Commandant Charcot’s exploration, is the opportunity for guests to participate in polar research and experiments alongside the expedition and guest scientists both ashore and in the onboard laboratories.

Le Commandant Charcot is a polar odyssey, which is so much more than a cruise. The promise is a magnificent adventure in a refined setting with luxurious services never experienced before available plus destinations previously inaccessible.

Enjoy exclusive savings and onboard privileges when you book Le Commandant Charcot, with the ultimate cruise and travel specialist Natalie Cherry and her teams at Noosa Cruise and Travel (5449 8866) and Helloworld Travel Cooroy (5447 7088). Explore the Arctic prices are from $20,350 for 11 days and Antarctica’s Weddell Sea and Larsen Ice Shelf from $21,220 for 13 days. 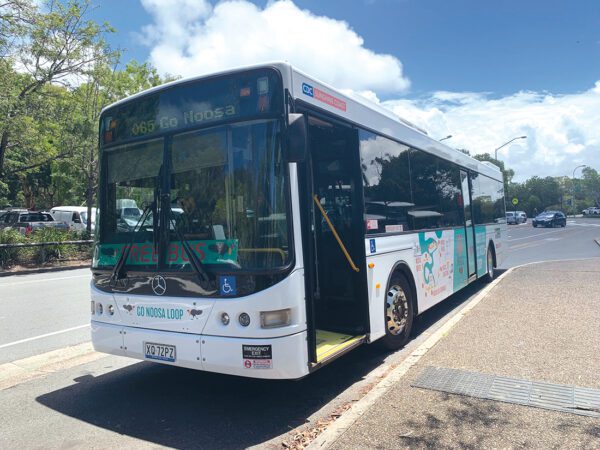 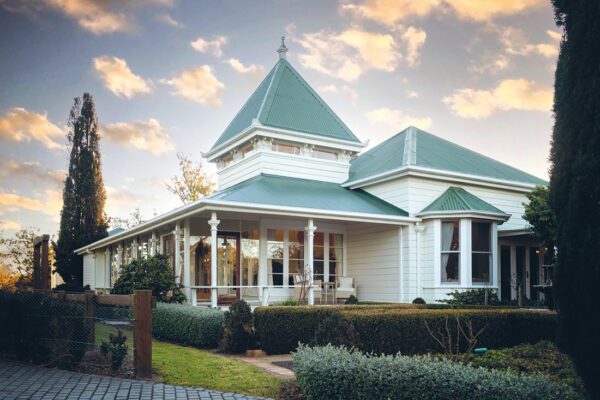 Play and Stay on the Belt - Braeside Homestead