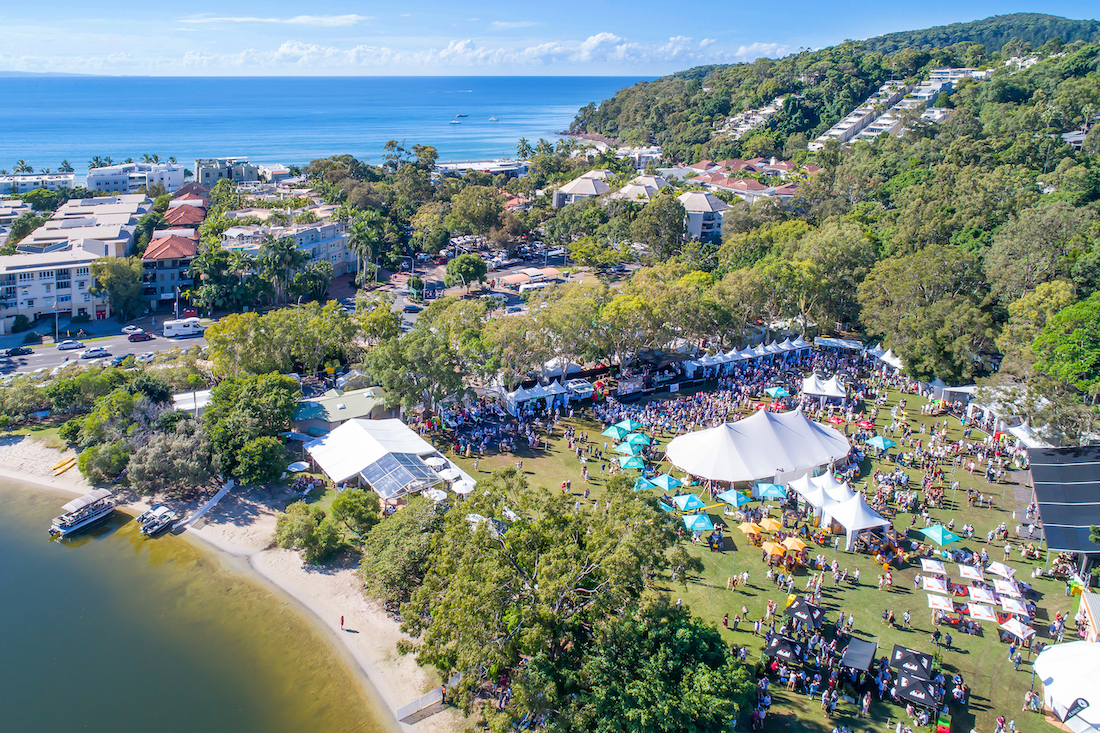 An idyllic sub-tropical climate, dazzling beaches, bounteous waterways and national parks, a lush hinterland and a stunning verdant coastline make Noosa Heads the perfect backdrop for a food festival. Time for some of the ‘stars’ to dish out and plate-up. 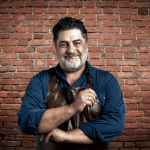 What do you love about NFWF?
Chilling with demos in the Festival Village, catching up with old friends and parading along Hastings Street in my new mankini.

What locals have you discovered?
I’ve been a long -time lover of the classics like Noosa Red tomatoes, artisan cheeses, spanner crab, tuna, prawns and ginger. Last trip it was persimmons and betel leaves. 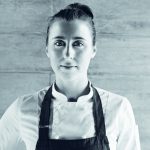 What’s the magnetism of Noosa?
Noosa is naturally beautiful. I love swimming, walking and surfing and with an incredibly strong food and coffee scene it’s my idea of paradise.

What are you most looking forward to?
Spending some time at Woombye Cheese, dining at Wasabi and being part of The WOHO lunch is really exciting. And I can’t wait to go for a surf. 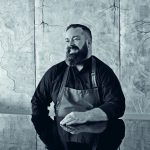 What produce have you discovered?
Apart from produce from our Honeysuckle Hill, I love Good Harvest Organics, Rhodavale free range pork and Big Heart Bamboo from Belli Park is one of the largest bamboo farms in the country.

Give us a taste of your involvement?
What spectacular events such as Scott Picket hosting the Generation X dinner, three of Australia’s best young chef’s Max Sharrad, Jessi McEwan and John Rivera cooking and plating for 14 lucky guests in a real chef’s table event plus the Wasabi kitchen will star three of Australia’s best, Christine Manfield, Imogen Czulowski and Alanna Sapwell celebrating WoHo, an organisation which promotes Women in Hospitality. 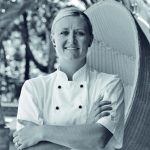 What do you love about NFWF?
I love that people come from all over Australia. It brings out the best of the area and great to see everybody enjoying the location and the produce

Why you love your life?
I’m lucky enough to live on Makepeace Island, surrounded by nature, working for wonderful people, and a great team plus collaborating with producers such Eumundi Egg and Feather to have our own line of meat chickens for the island, as well as eggs. 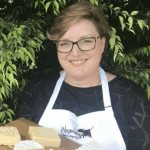 What do you love about NFWF?
It always has such a great vibe plus a well organised, varied, exciting program with a good cross section of chefs including our favourites and biggest supporters Matt Golinski and Cameron Matthews.

Give us a taste of your involvement?
We’ll be in the Producers Pavilion to taste and buy our award-winning cheeses such as Woombye Ash Brie which recently won a gold medal at the Sydney Royal Cheese and Produce Awards as a cheese on the Australian Perpetual Cheese Board. At the same Awards our Blackall Gold Washed Rind won silver and our Truffle Triple Cream Brie won bronze. 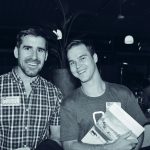 What do you love about NFWF?
The festival village, where all the producers and chefs together for great two days. Last year the masterclasses were so good I’ll have to go this year in-between running the coffee experience and collaborating with Brookies Gin to showcase some amazing coffees. 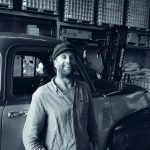 What’s the magnetism of Noosa?
Breathtaking natural beauty, a town full of people who are humming to the same tune and one of the nation’s best food and beverage festivals.

Give us a taste of your involvement?
As the only distillery on the Sunny Coast as well as a brewery we are running a unique dinner experience showcasing everything made in-house in house, plus at the festival we’ll have our brewery bar with festival exclusive beers; also a desalinated beer created for Unity Water using rosemary and rock salt – Gose style. There’ll also be a distillery tent with the launch of a gin or two. 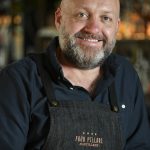 What do you love about NFWF?
I love the vibe mainly. I’ve milked a salmon in the marquee on the beach, drunk a lot of whisky with Matt Preston at the Sofitel and had great brunches for OzHarvest at Bistro C. This year I intend to work and play as hard as ever.

Give us a taste of your involvement?
Four Pillars is the host of the closing night Beach Sundowner and for the very first time we’ll be bringing our ‘Made from Gin’ products to Noosa including our ‘Gin Pigs’, a rare breed black Berkshire pig that has been fed our spent botanicals and grain exclusively. They are literally the most delicious pigs in the world. Matt Wilkinson will be dishing out the pork and I’ll be serving behind the bar.

In addition: Look out. Four Pillars will be all over the place, from a bar in the Festival Village, the Red Snapper brunch, masterclasses and we might do a bar takeover or two. 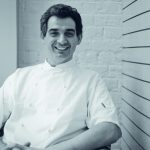 What do you love about NFWF?
I know first-hand as ex executive chef at berardos, it’s a place that celebrates its local producers. The joy of food is a place I want to return to.

What are you looking forward to?
I‘m really looking forward to my collaboration with Jules Santini of Aromas using the beautiful fresh vegetables from Maravista Farm at a dinner called Les Saveurs de la Ferme. 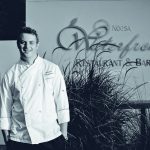 What do you love about NFWF?
Being immersed in and surrounded by everything I am so passionate about as well as the opportunity to showcase Noosa as an international culinary destination.

Give us a taste of your involvement?
Noosa Waterfront Restaurant is hosting La Dolce Vita a degustation with four young gun chefs – Andrea Ravezzani, Gabriele Taddeucci, Victor Moya and Federico Zanellato, who will fuse flavour, seasonal and local ingredients from their cultural heritage, matched with wines from Ferrari Trento and Lunelli Family.

Benvenuti in Italia is a lunch inspired by regional Italy with chefs Andrea Ravezzani, Tony Percuoco and Luca Ciano with wines from Lombardy, Piedmont and Pulia. 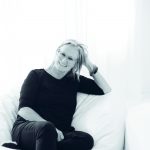 What’s the magnetism of Noosa?
It’s great coastal location to escape to, fab weather relaxed pace of life plus the festival shines a light on the local food community showcasing the collective talents of chefs and regional producers

What local produce do you love?
Rhodavale pork, Cooloola Berries, Walker Seafoods, Cedar Creek and Woombye Cheeses among others. There’s always something new to discover and taste with every visit.

Give us a taste of your involvement?
I am teaming with David Rayner at Thomas Corner for a dinner and collaborating with other talented women in our industry for a WOHO (Women in Hospitality) lunch at Wasabi – both showcasing ‘straight to the source’ practices.

A few words about you.
Life doesn’t get much better than being fully immersed in the world of food and travel, it’s all consuming with unlimited exciting possibilities. 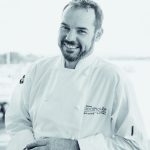 What’s the magnetism of Noosa?
Noosa is paradise, awesome weather all year round, beautiful beaches and rivers. Put on your shorts as soon as you arrive and chill.

What local farmers, produce and products have you discovered?
I’ve gathered more than 40 local suppliers over the last 15 years, and they dictate what goes on the menu. Many have only one product. Latest finds are green olives, pecans and dragon fruit.

Give us a taste of your involvement at NFWF?
Line Caught and Grain Finished is all about actually catching the seafood for 120 guests. We are going out to the reef for four nights with our chef and fisherman, aptly-named Snapper, also meeting up with the Fraser Isle spanner crab boat somewhere out there. Beef will be sourced locally from Nolan’s and Signature Beef in Claremont. All the beef is grass fed and then grain finished which creates both flavour and tenderness. 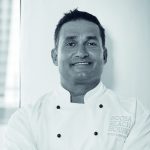 What are you most looking forward to?
I love the events we have in the Sofitel’s Noosa Beach House, such as the long lunch with chef Evan Hayter from the Margaret River followed by a pop up with Neil Perry to bring back Blue Water Grill, a famous restaurant in Bondi owned by Neil and where I was the head chef in 1986.

Give us a taste of your involvement?
I’m involved in an event called Noosa Noir which Sofitel Noosa is partnering with Locale restaurant for an evening on Hastings Street for 450 people. Now that will be fun. 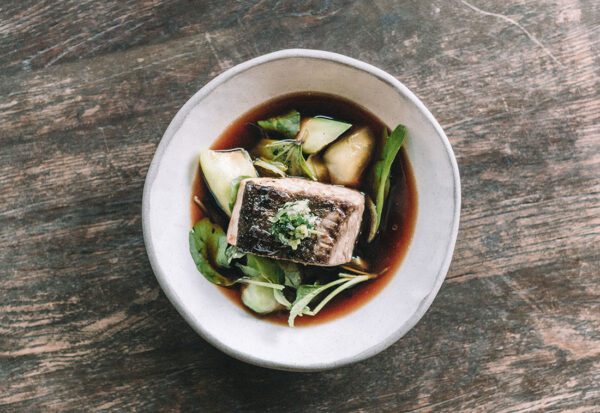 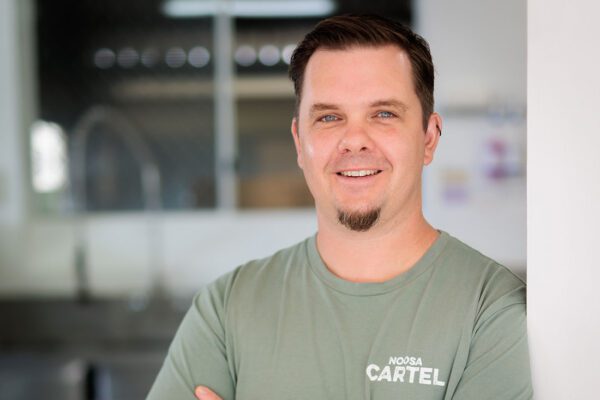