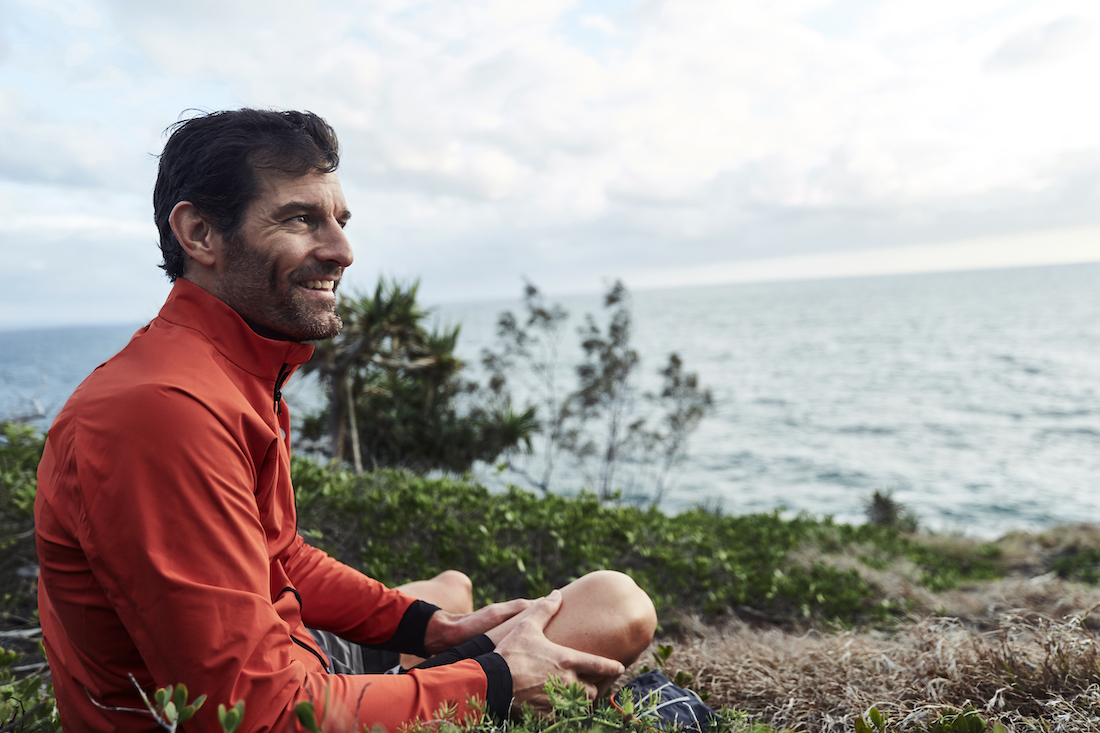 The winner’s podium in glitzy Monte Carlo must have seemed light years away for an energetic kid punishing his dirt bike on a rural paddock down under. John Caruso discovers that if you want something badly enough, dreams do come true.

If you’ve ever watched the drivers take their positions on the starting grid just before the lights go out signalling the start of another Formula One Grand Prix, understand that you’re watching something unique. Those drivers, claustrophobically-cocooned and harnessed into the cockpits of their 325km/hr ‘bullets’ are all part of a super elite club. After all, there’s only twenty in the world that do this for a living each year and in the history of Formula One racing there’s only ever been four Australians that have won a Formula One Grand Prix.

Mark Webber, a boy from Queanbeyan in New South Wales lined his car up on that grid during the F1 season for 12 high speed years.

“My dad Alan was the local Yamaha dealer for over 20 years,” he said. “Clive, my grandad, and one of my bloody heroes, had the workshop before him so I spent a lot of time on dirt bikes. You don’t realise how lucky you are to ride a motorbike as a kid in a paddock.

“Dad would leave a jerry can of fuel out for me and simply leave me to it. I’ve often questioned dad about that and he simply had that trust in me, that I would discover where my limits were without getting badly injured and that was a great lesson, learning about discipline and trust and it helped me focus and concentrate on what I was doing – and I credit that early practical education to my father.”

It was Mark’s dad who was fascinated by Formula One and the single seater racing scene.

“I was about eight-years-old watching the Monte Carlo Grand Prix and I saw Nigel Mansell crash his JPS Lotus during the race and I thought these drivers were absolute legends and heroes and I became addicted to so many facets of the sport,” remembers Mark.

It had been a long time between drinks since an Aussie had relocated to the UK to pursue a Formula One dream. Seventeen years before Mark’s journey to the northern hemisphere, Alan Jones had won the 1980 World Driver’s Championship for the Williams F1 team, which was their first championship incidentally.

“Rugby Union great David Campese did back me financially in 1997 which was tremendous. I knew him from Queanbeyan,” Mark recalls.

“I drove this shit-box Ford Laser to Heathrow in London when I heard the Wallabies were flying in and I ‘door-stopped’ Campo at the airport. I said ‘I’m on the bones of my arse and I don’t want to return to Australia with my tail between my legs’ and he promised me some coin to keep me going.”

The Formula One season opener in 2002, like the six openers before it, was in Melbourne, home territory for Mark with grandstands full of Aussie fans cheering the new kid in the Minardi Formula One car. Drivers Rubens Barrichello and Ralph Schumacher had a coming-together at the start which saw Ralph’s car airborne and a multi-car pile-up follow.

“The car I was driving was notoriously prepared,” remembers Mark. “Reliability-wise, we were very much on the back foot.

“Because of the crash on the first corner I thought the race was going to be ‘red-flagged’ and restarted however, for whatever reason, the race officials kept it going and that was a huge benefit for me. “Before I started that race the Minardi team owner, another Aussie called Paul Stoddart, said ‘if you can simply finish the race that’ll be great’ however as the race went on and I moved up through the field to fifth, Paul changed his tune.”

The instructions that came over the team radio were clear, under no circumstances should Mark let Mika Salo, pass him.

“Mika had about 100 Grand Prix under his belt, far more experienced than me, and he had a faster car,” he said. “At that moment I had this out-of-body experience, and I thought, ‘I’m ready for this’. I felt really calm and every metre of that race from that point on was a new experience for me.

“In the scheme of things, that on-track duel with Mika was a small, pathetic little battle, however the experience I gained at that time really taught me a lot.”

The kid from Queanbeyan, in his first Formula One race, finished fifth that day, scoring points for himself and for his team in front of a home crowd. It was a great start to Mark’s F1 career which saw him compete in more than 200 races, driving for Jaguar, Williams and then Red Bull Racing where the World Driver’s Championship came tantalisingly close with a third place in the championship in 2010, 2011 and 2013.

“Having travelled the world and competed in my sport I’ve realised that a lot of simplicities in life are really important,” Mark ponders.

“I had a great childhood, growing up with my mum, dad and my sister Leanne. School was probably more fun than it should have been and later I developed this brutal passion to go racing and to compete. The whole thing happens so quick. Like you’re on a wave and you can’t get off. Eleven months of the year, every season and then you’re spat out the other end and you think, ‘wow, that went quick’.

”Noosa has always been a place for Mark to relax and recharge.

“Relatives of my wife Ann moved here from Tasmania so we used to come to Noosa and rent accommodation year after year,” he says.

“I always thought this place was going to change, that it can’t be this good forever, so we held off buying a house until I said ‘stuff it’, and we purchased a house here and it hasn’t changed that much, and I say that in a good way. It’s a jewel of a place, just spectacular, and my family loves coming here too.

“I’d like to surf more, however, it looks too serious. Everyone looks too focused on the whole thing. For me, when your life has run in such a high-pressure environment for so long, I’m happy to come here and simply chill and relax.”

Working and promoting a new range of fitness apparel, Aussie Grit Apparel, is what Mark is focused on these days.

“I’ve always enjoyed the outdoors and fitness and I discovered I had a wardrobe of 15 to 20 different brands of clothing that I’d wear when working out but there was always something lacking or a detail that hadn’t been thought through fully. So, I thought I could grow my Aussie Grit story into Sports Apparel for people to wear our brand and gear in an environment where they love to exercise and compete,” he explains.

“It’s essentially off-road running and mountain biking kit, available in the UK and Australia through retailers and online. We’re a small team and it’s certainly not an overnight sensation, we’ve worked hard for the past few years and we’ve had tremendous feedback since launching last year. It’s where comfy meets tough.”

He may not have a face that many would recognise, unless you’re a motor racing fanatic, however, a former ‘member’ of that elite super licenced Formula One club walks amongst us, enjoying a bite to eat on Hastings Street, running through Noosa National Park and catching the odd wave at Tea Tree.

You can hear the FULL Conversations IN Noosa podcast with Mark Webber here.

Mark relives the two moments in his life when the race cars he was driving became airborne and he reveals intricate details of what it feels like to be strapped into the cockpit of a modern Formula One car.