Summer 2019
The Barefoot Corporate Warrior: IN The Zone

Has Noosa got the right stuff to become a ‘Blue Zone’? The Barefoot Corporate Warrior Paul Bird investigates.

It strikes me that Noosa has all the trappings of a potential Blue Zone. When I talk about becoming ‘blue’ I do not mean that old-fashioned description for a melancholic or low mood. And while the skies are often strikingly blue, reflecting that special turquoise Pacific Ocean sheen in and around the Noosa coastline, that is also not what I mean.

I am talking about a descriptor pioneered by best-selling author Dan Buettner in several books, talks and articles such as The Blue Zones – Lessons for Longer Living From the People Who’ve Lived the Longest; and a term adopted by the National Geographic Society to describe certain locations around the globe where people live unusually long, healthy and happy lives.

Based on research from a variety of sources, five existing longevity Blue Zones have been identified across the globe – in Greece, Japan, Sardinia, California and Costa Rica. I am sure you have seen these stories of unusually high concentrations of centenarians, male and female, who seem to carry a robustness and zest for life into years when most have already departed this mortal coil and those others who remain are confined to wheelchairs or beds and sinking slowly and with surrender towards the final moments.

Our approach to old age in the West seems antithetical to a happy, active final stanza. Instead of a slow decline, these Blue Zone centenarians have a sparkle in their eyes and a spring in their step, not to mention the physical capability to live a remarkably active lifestyle. They are mentally keen and proclaim themselves to be well… happy.

Buettner has identified nine characteristics of how people live in these communities to provide a roadmap for the rest of us seeking to emulate these youthful centenarians. He outlined these in a TEDex talk “How to Live to be 100+” and in a brief overview they involve: emphasising physical activity into old age which is based on natural movements (not necessarily pumping iron or pounding the pavements); eating wisely (this is obviously a bit complex but suffice it to say a mostly plant-based diet as well as leaving the meal when you are 80 per cent full); having a purpose or what he calls ‘Right Outlook’ (knowing why we have woken up this morning); and our human networks and connections (surrounding yourself with communities of friends which reinforce these habits).

Each of these areas is a study in itself but in some ways these basic tenets of longevity call to a deeper, older wisdom in our collective consciousness. These people, through a combination of factors, have developed lifetime habits which, upon examination, seem to be nobrainers. Common sense even.

So, how come the rest of us have generally failed to adopt similar approaches? Again, that is another thesis. It may however have something to do with our societal propensity for accumulation-without-end and the excess and gnawing dissatisfaction which this mindset leads to.

The Blue Zones habits seem to harken to a simpler approach…at all levels and in all aspects of our lives. These habits can definitely assist us at the individual level in terms of how to live our lives if we want the “second half” to be productive and fulfilling.

We spend billions of dollars each year on public health campaigns targeted at individual behaviour change and prevention as well as the actual treatment of a variety of chronic lifestyle-based conditions. The research indicates that focusing more on creating an environment which makes the natural human response a combination of these habits would make more sense and achieve better results.

The next step, of course, is whether a community like Noosa can create a Blue Zone by planning and developing community health and network initiatives. This is long-term thinking beyond the electoral cycle and needs commitment at both a grass-roots and political level. We have a tendency towards planning, structure, action plans and measurable outcomes in the West.

Planning and delivering a Blue Zone in an existing community is obviously a big challenge. It strikes me that Noosa has a headstart in creating its own Blue Zone: a natural environment which calls to people to get out and about; a culture of physical activity; a purposeful and connected community around some common values; and, fabulous local food and produce which entices healthy eating.

Based on the number of active older citizens who I see out-and-about already living and visiting Noosa, I feel the Blue Zone seed is an idea which would fall on fertile ground. As Buettner says, longevity “happens” to the people in the natural Blue Zone communities.

He is currently working with various US communities to proactively change the environment to facilitate lifestyle habits which emulate these places. He has also looked at the environmental conditions for happy people and identified Singapore, Costa Rica and Denmark as standouts. (That might be worth exploring at another time.)

For now: Is it time for Noosa to consider a Blue Zone push? Find out more at www.bluezones.com. 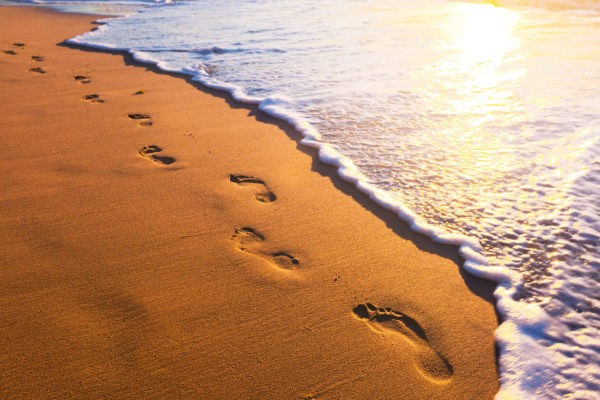 Barefoot Corporate Warrior: Should We Flex The Intuition Muscle?