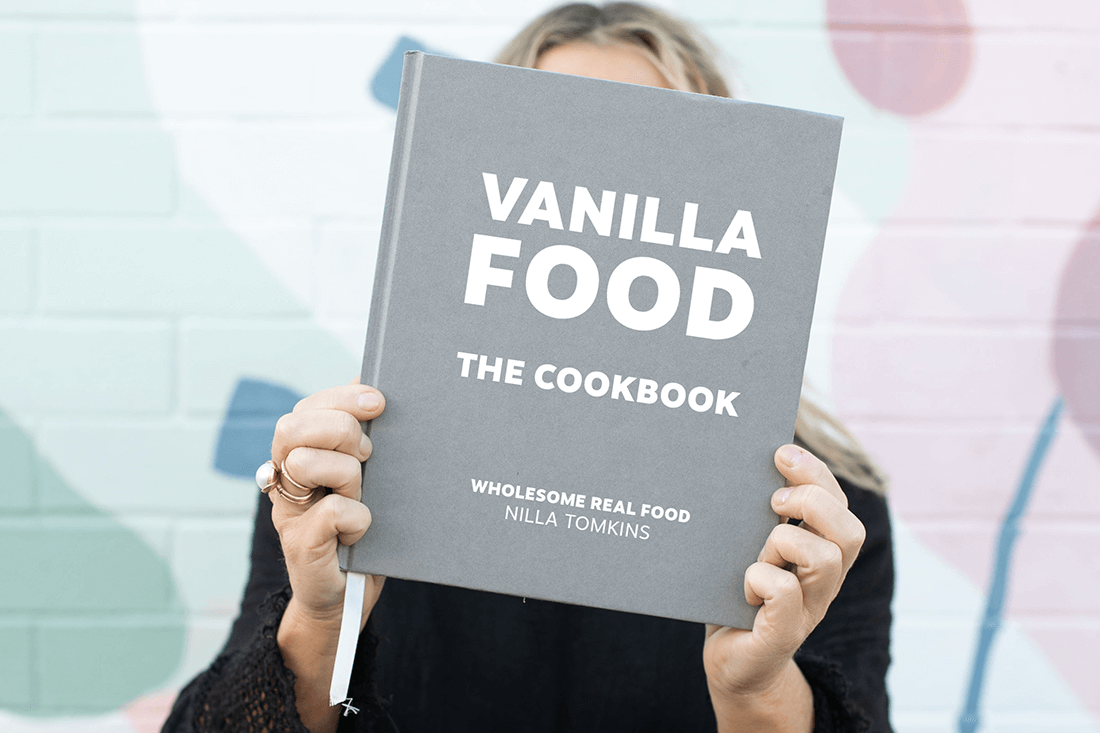 Summer 2020
Cooking the Books with VanillaFood

Matt Golinski shares why the VanillaFood Cookbook is set to become a kitchen favourite.

How many cookbooks do you have on the shelf in the kitchen? And when was the last time you actually opened one? Surely if you want to know how to make hummus these days you’ll jump on your phone and choose one of the 347,000 options at your fingertips (and that’s only one way to spell it!).

The truth is we buy cookbooks for the same reason we watch cooking shows – to be inspired; to plant little seeds in our minds of things we may try somewhere along our food journey.

But in order to be inspired, the content must have a point of difference. A story that stays with you, or a different way of looking at ingredients. It needs to be simple and achievable without being condescending; and challenging enough to be impressive. It should be timeless but offer a new approach.

My colleague and self-confessed curator of crazy ideas, Deb Caruso strongly believes in the power of print and is particularly passionate about magazines and cookbooks.

At some point Nilla Tomkins, the owner-operator and chef of VanillaFood, mentioned her dream of making a cookbook so she could share her recipes with fans of her two cafés, and anyone who was interested in learning more about cooking fresh, healthy, nutrient-rich food.

At IN Noosa Magazine, we love a challenge, so Deb embarked on a mission to turn Nilla’s dream into a reality. And given that this conversation happened in mid-August, an ever-optimistic Deb also thought that it should be out by Christmas.

Taking her knowledge of print and ability to convince me to go along with her crazy schemes, we set about compiling Nilla’s recipes, stories and pictures, and sent it off to the printers just in time to be back by early December.

My job was to edit the recipes as details inevitably get lost in translation from a commercial kitchen to the kitchen bench at home. I had a fair idea about who Nilla was as a person and a cook, and what her philosophy was when it came to food and running her two cafés.

What I didn’t know was how much I would learn as I worked my way through the 70 or so recipes. 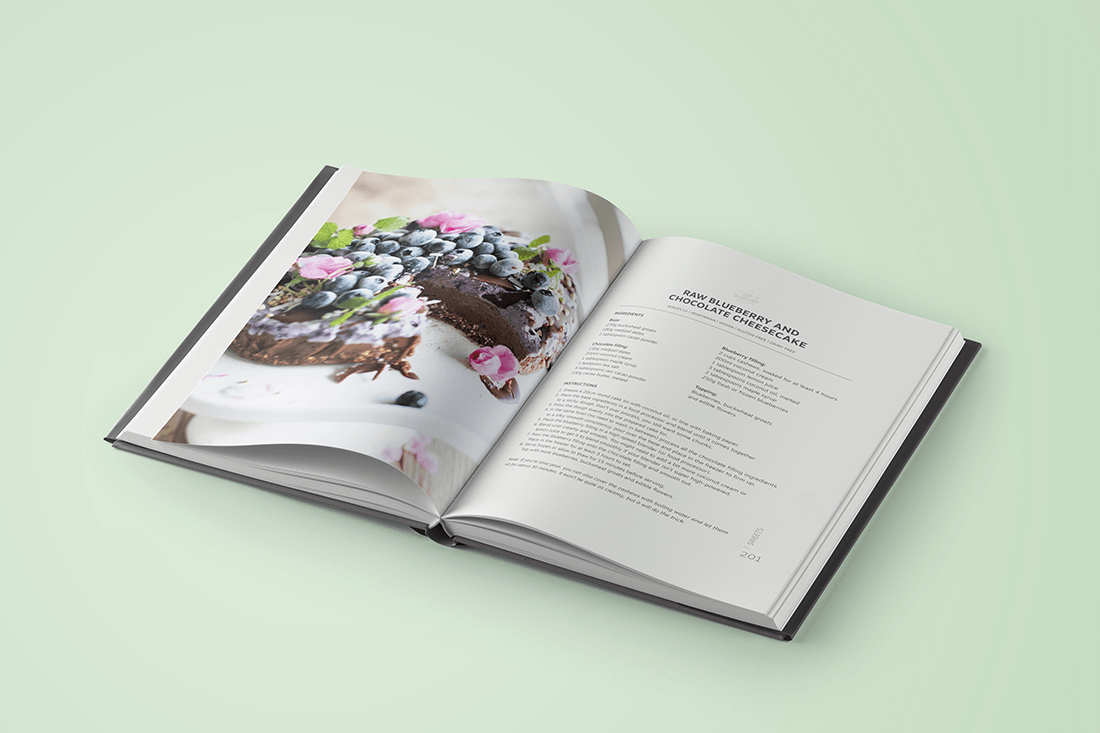 I couldn’t resist road-testing a few of them and I can tell you that you are in for a treat. The dishes are relatively easy to make but full of flavour without being overly-rich or heavy. Nilla’s simple no-fuss approach delivers outstanding dishes that taste as good as they look.

All the dishes in the VanillaFood Cookbook are vegetarian; with most of them also gluten and dairy free and plenty of vegan options thrown in for good measure. That is the magic of Nilla’s style. She isn’t led by fads but by a desire to create and deliver wholesome and flavoursome food that is good for our bodies and the planet.

Deb spent the best part of a week with Nilla and Amy from Lumea Photography to capture the dishes and can vouch for the authenticity of what is represented in the book.

“The pops of brightly-coloured berries, edible flowers and herbs is pure Nilla,” she said. “Anyone who has had the pleasure of eating one of her lovingly-prepared dishes at one of the VanillaFood cafés will know that this is the essence of how Nilla approaches food -no fuss, just pure organic ingredients made and presented with love.”

So here we are less than four months later and VanillaFood the Cookbook has arrived, all 230-odd pages of recipes, stories and tips and tricks. This is a book that will be much-loved and well-used.

Thanks to Nilla’s knowledge, passion and patience and despite the tight timeframes, this project was an absolute pleasure to deliver.

In fact, I might just be mad enough to let Deb do one for me. Watch this space…

To get your hands on VanillaFood the Cookbook, visit www.vanillafood.com.au 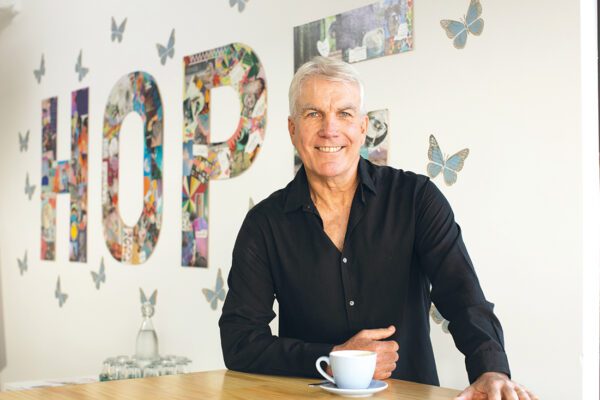 Who is ED? endED espresso bar 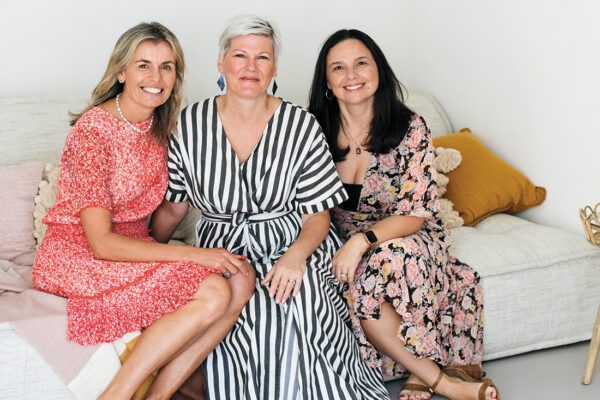 @butterfactoryartscentre is open Tuesday to Sunday

JOIN OUR TEAM – Delivery Driver⠀ We are lookin