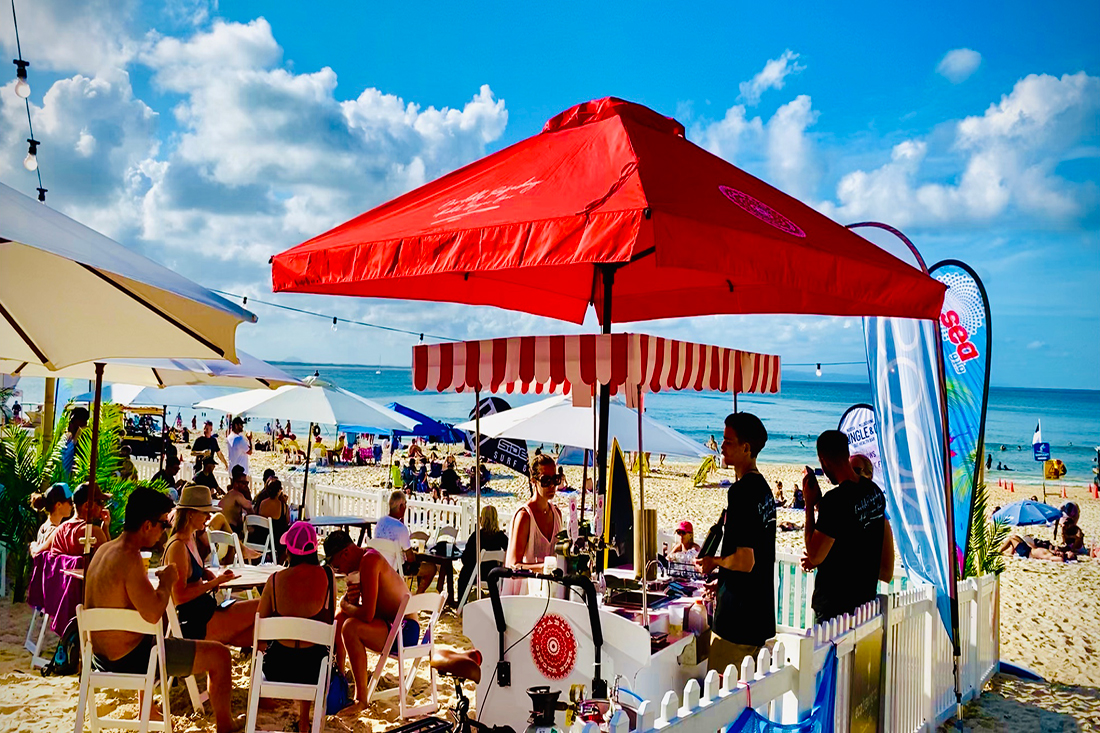 With strong credentials in the hospitality industry and a fiercely loyal following for Diablo Alcoholic Ginger Beer already established, Dimitris Limnatitis is not slowing down anytime soon, as Tony Cox discovers.

When Dimitris, owner of five hospitality venues in Maroochydore’s Ocean Street precinct, experienced the impact of Covid he could have responded in two ways: curl up in a ball in the corner or get creative and move forward?

Thankfully it was the latter. With his Diablo Alcoholic Ginger Beer, established in 2017, already firing on all cylinders Dimi saw an opportunity to create a vodka and from there a range of liqueurs using natural ingredients and flavours which epitomise Queensland.

The Diablo Alcoholic Ginger Beer is utterly refreshing. Take a long glass, add a scoop of ice and a wedge of fresh lime and simply pour over the Diablo. So simple, so refreshing! It is getting good traction through retail liquor stores and bars across the region and wider. The secret being the 13 herbs and spices in the recipe (two more than a famous Colonel).

The vodkas, liqueurs and newly-released Black Cockatoo Rums use locally-sourced ingredients and are locally-produced on site to offer an alternative to the mainstream brands. His spirit source is the same sugar cane he uses in the Diablo.

When asked what drives his product innovation and compilation Dimi said: “there are two types of chefs: one who cooks his food and says ‘that is my food
I expect you to eat it’ and the other who says ‘I am here to cook for you, what would you like to eat’?”

Dimi  is firmly in the second category.

What also comes through is that he is a very astute listener and observer of people’s consumption patterns and the drivers of those patterns. For instance,
his liqueurs are quite concentrated without being sickly sweet and cloying when tasted on their own.

When asked the rationale, Dimi explained he was looking at the end user, which is ultimately the consumer in a busy bar, for whom there were a few key drivers:

Firstly, they don’t wish to be forever lined up to get a drink. That immediately means the liqueurs have to be able to be quickly constructed in built drinks
without the liqueur being lost in the drink.

Secondly, it has to taste and look good. With many of the liqueurs working well with the Diablo Alcoholic Ginger Beer as
a key ingredient they are refreshing, incredibly tasty but also a long drink which means you aren’t back at the
queue every five minutes. The Diablo Spritz is a great example – taking a shot
of Amazonas passionfruit liqueur, 15ml of fresh lime juice, a tablespoon of passionfruit pulp, topped with Diablo Alcoholic Ginger Beer and ice.

Thirdly, he identifies broader movements and follows. As an example, all of his products are gluten free and produced using sugar cane over grain.

Calorific intake is also a key factor, epitomised by the numbers who consume vodka, lime & soda as their drink of choice. This is where the Eros grape flavoured vodka comes into play to make one of the most popular drinks a little more interesting without adding extra calories. It gives a pinkish tinge to the drink making it visually appealing with a pleasant flavour that doesn’t detract from the base drink – all for only 16g of calories.

Of the liqueurs my personal favourite was the Pegasus Espresso Martini Liqueur. Being a blend of cold pressed coffee, dark chocolate and Madagascar vanilla. Each was readily identifiable on the palate without any of the flavours dominating. Perhaps the only time we didn’t agree was Dimi felt it was perfect for an affogato whereas I craved to see it as part of a tiramisu. Just between you and I, it would be great in both.

With a pop-up bar and cellar door located near the Big Pineapple it’s worth a visit to try the entire range and enjoy some signature cocktails and live music.

For the online shop and cocktail suggestions visit the website:
www.diabloco.com.au 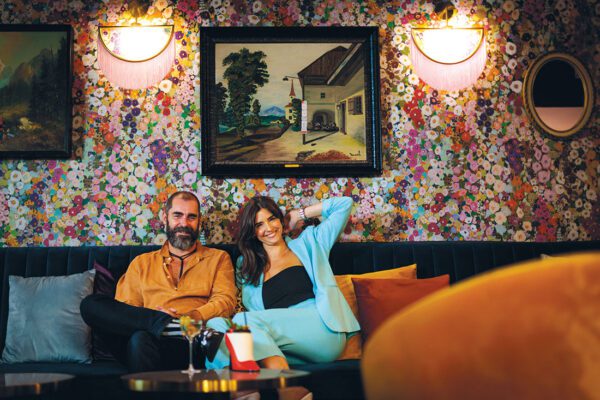 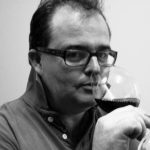