On the night they signed the contact for what is now Noosa’s iconic Isabella’s Fine & Antique Jewellery store, owners Jan and Denis Grant became engaged. Now, 25-years-later, they have helped many couples enjoy their own beautiful proposal with a unique antique ring sourced from around the world.

Isabella’s is a Hastings Street icon having been in business with the shop’s stunning antique and handmade jewellery capturing the hearts of many locals and visitors to Noosa for quarter of a century.

It was in early 1993 when Jan was a part-owner and manager of a jewellery store in Armidale, New South Wales, that fate lent a hand and brought them to Noosa.

“In quick time this question led to an inspection, on the dealer’s recommendation, of a jewellery and giftware business in Hastings Street that was for sale.

“Denis and I immediately recognised that the store’s location held good promise.”

It was Denis’s inspired idea to name the store Isabella’s after Jan’s new-born (and first) grand-daughter.

As Jan reflects on the early days of the business, it is clear that a genuine love of antique jewellery drove its growth. The shop opened with very little stock, with Jan and Denis electing not to keep any pieces bought by the previous owner.

Rose gold curb-link bracelets and fob chains became their stock-in-trade. Jan says she had trouble keeping up with demand.

“I bought two antique rings six months down the track and these sold in a week,” she said. “This gave us the confidence to invest more heavily in special pieces. If it was beautiful, I’d buy it.”

Jan was the front person of the business, while Denis would work largely behind the scenes. That said, they would both routinely work in the shop on weekends and also do late nights together.

Shoppers were sometimes surprised to find Denis behind the counter and happy to showcase most of the stock.

“Although Denis would draw the line at trying the earrings on,” Jan jokes.

For Jan and Denis, the early days were great fun. Memorable amongst the early shoppers was Charlie Watts, of The Rolling Stones fame, who bought six pieces of jewellery on one visit.

Isabella’s is unique in Australia for its significant range of jewellery featuring European old cut diamonds. Jan and Denis have pursued a love of special gem stones and use only Broome’s most exquisite pearls.

The shop’s giftware range is equally as interesting and well-travelled with the famed La Pintade ceramic guinea fowls taking pride of place on the shelves.

Isabella’s success has been in the face of many changes in the retail business environment, not least on-line shopping which Isabella’s has resisted in favour of delivering a highly personalised shopping experience.

Soon, Jan’s daughter Rebecca joined the team bringing with her fresh perspective. Mother and daughter worked side-by-side for quite some time, and Jan recognised in Rebecca the same affection and natural instincts for the business that she possessed.

Rebecca had sold her first piece of significant jewellery in the Armidale store as a fifteen-year-old, much to the dismay of her much older co-workers, so her pivotal role in the family business was perhaps pre-destined.

Rebecca has managed Isabella’s for the past six years, and Jan and Denis have retired from day-to-day involvement.

“Rebecca can do everything I did, and more,” Jan says.

She credits Rebecca with continuing to raise the benchmark of excellence, and capturing the imagination and aspirations of long-term clients, as well as a new wave of visitors to Noosa.

When reflecting on the store’s history, Jan says she never thought it would be such a great success.

“I never expected the shop would end up how it is today,” Jan says. “It’s the most wonderful thing I’ve ever done – and thanks to all the people who have helped me.” 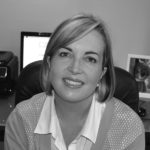 About the Author / Carolyn Beaton

Carolyn is a communications professional with a penchant for Noosa’s natural environment, and koalas in particular. Koala conservation has been Carolyn’s passion project for the best part of a decade. Her family will tell you it stems from a life-long love of animals, and that she found her own voice, in attempting to provide one for them.