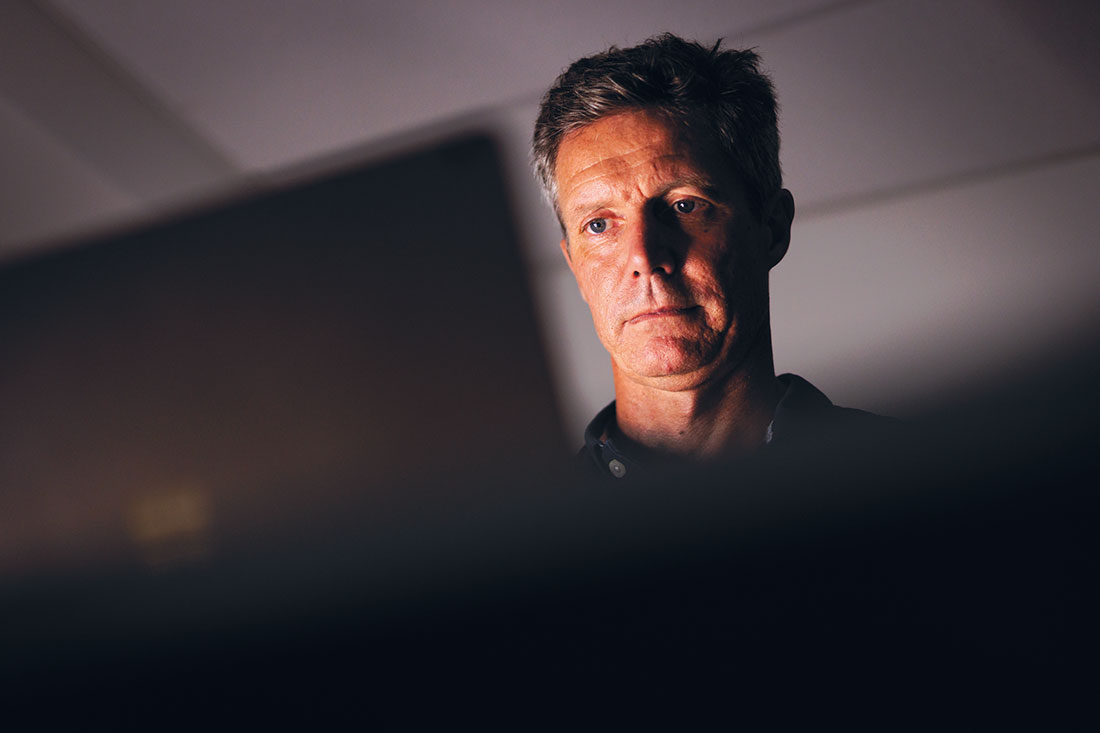 It may not be as architecturally impressive as Tony Stark’s Avengers HQ, but a global life-saving response team operates from a modest base in Noosa, as John Caruso discovers.

A key motivator for starting our podcast, Everyone Has a Story: Conversations from the Sunshine Coast and Noosa, was to tell and share the stories of people in our community.

You only have to scratch the surface a little and there are countless, compelling yarns from what may seem like ‘everyday people’ who are living, or who have lived extraordinary lives.

In an unassuming office on Selkirk Drive, Noosaville, the Respond Global team led by founder and managing director Doctor Ian Norton is at the ready to lead, manage and assist with health crisis emergency management, wherever in the world it might be required.

At the time of writing, Respond Global has more than 140 response staff in the field delivering programs ranging from COVID-19 vaccinations and rapid antigen testing implementation and training, to providing health crisis management and operations consultancy to organisations both here and internationally.

Ian’s experience in this field started in Ireland before moving to Australia and working in Newcastle, the Intensive Care ward at Nambour Hospital; through to Darwin and onto Perth where he completed his final fellowship exams.

“I was always drawn to mass casualties; trauma and large disasters and learning how to prepare for major incidences,” Dr Norton explains.

“I started as an emergency physician which is a long road to travel.

“You must be a jack of all trades as you’re dealing with children and adults and treating anything from trauma, heart attacks, strokes and more.”

Dr Norton was drawn to tropical medicine and infectious diseases and in addition to basic surgical training, achieved post graduate qualifications in international health, developmental work and epidemiology, as well as the management of infectious diseases in poor income settings.

“I became the Deputy Director and then Director of Training for Emergency Medicine in Darwin and was very much into mass casualty management, including setting up and then chairing Mass Casualty Management Australia, which was one of Australia’s first medical response teams,” he said.

When it comes to large-scale emergencies, Dr Norton has been at the centre of many including leading the Australian Medical Response Team for about six years, responding to situations including dealing with mass casualty burns at one of the first big refugee boat explosions at Ashmore Reef in April 2009.

He has dealt with it all from fire to floods, including the Pakistan floods just over a decade ago.

In 2013, Dr Norton was team leader following Typhoon Haiyan in the Philippines which he describes as a great experience because of the good work they were able to do.

He led the response to a Dengue Fever outbreak in the Solomon Islands before being sent on secondment to the World Health Organisation (WHO) to help set up national medical response teams for about 130 countries. During that time, he also led the Ebola response in West Africa from a clinical care point of view.

“My team managed the creation of large treatment centres in three countries, Liberia, Guinea and Sierra Leone and I spent about five of the seven months there during the worst point of that Ebola outbreak, and then I travelled to Nepal to support teams there after the 2015 earthquake,” Dr Ian says.

Respond Global in Noosa became operational just as the first waves of COVID started to hit Australia in January 2020.

“By March, April, we were on board the Ruby Princess managing that outbreak and then after that we helped with the aged care response in Victoria,” he says.

Respond Global had already worked with rapid antigen testing, covering everything from the meat sector to professional services working closely with WHO supporting outbreaks in lower income countries, southeast Asia and in the Middle East.

Family was the main reason for setting up Respond Global in Noosa.

“Our son had experienced life in Darwin and then Geneva, Switzerland, so it’s been great to bring him back to Australia to grow up appreciating what it’s like.

He said the location was also a strategic choice as he envisions a high demand for future work in the Pacific region.

At the time of interview, the Noosaville headquarters looks like it’s ready for a party with marquees, plastic chairs, trestle tables and eskies ready to be loaded on a specially modified boat as the Respond Global team prepare to set sail for Vanuatu to deliver a mass vaccination program.

Boxes of PPE, sanitiser and rows of medical-grade fridges hint that this is no ordinary picnic.

“The company is global so we can be based anywhere, so why wouldn’t you choose somewhere beautiful like here? Brisbane is an ideal jump-off point for work in the region, so living here gives us the access that we need,” he said.

Noosa Council has taken advantage of having global experts based here by engaging Respond Global to assist with its COVID response and supporting local businesses with education, training and access to essential tools, including Rapid Antigen Tests.

Considering the move and declaration by British Prime Minister Boris Johnson that the UK will “live with COVID” by lifting all restrictions and mandates, and similar moves being considered here in Australia, what does someone like Dr Ian Norton have to say about a COVID in the future?

“I don’t believe that we’ll ever be truly free of it, but it’ll eventually become like a lot of other coronaviruses,” he says.

“A third of all common colds are caused by coronavirus and because it becomes more infectious, over time it causes less disease and doesn’t become a burden on society. But it could be years, even decades before that’s the case.

“There are two other options with coronavirus – and I’m quoting a good friend who works in Geneva with the WHO – she says that COVID-19 becoming a common cold is the best-case option, but that could take years.

“The other option, and this is where the smart money is, is that it maintains as an epidemic, coming in large waves that move across the world.

“However, those waves may not infect the entire globe all at once, and that’s a start to living with it, because that means that with personal protection equipment and tests and treatments, the assistance we can offer will move with the wave.

“So, the disease might not be everywhere all at once because our resources can be better managed.

“The third option, which is worst-case scenario, is a new variant emerges and we must reinvent new vaccines and there’s no prior immunity from natural infection,” he says.

“There’s still a five-to-ten percent risk that could happen.”

It’s impressive that an organisation like Respond Global with someone as experienced as Dr Ian Norton has ‘set up shop’ locally.

It speaks volumes and indicates clearly that professional business and organisations across all sectors can see Noosa as a hub from where they can operate global businesses.