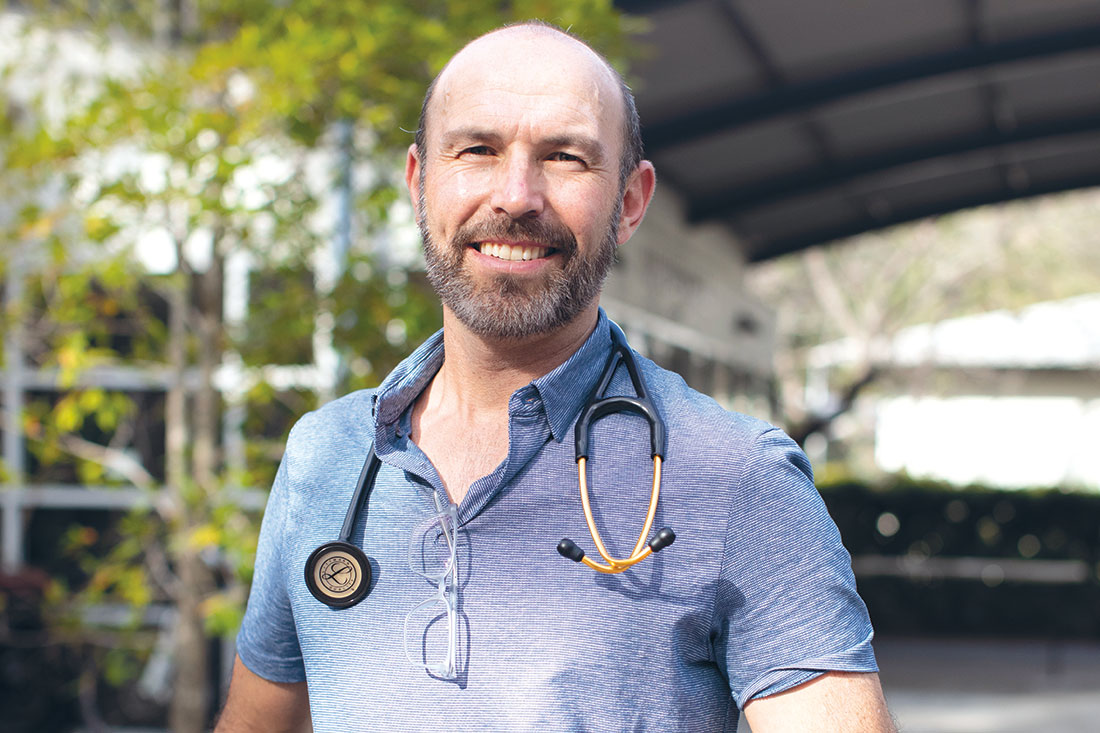 He’s studied at Cambridge in the UK, worked in Italy and USA. He surfs and owns a collection of guitars and plays in a local band called The Money Shot! John Caruso talks to Professor Christian Hamilton-Craig, a cardiologist who’d like all of us to take a closer look at our arteries.

Noosa Hospital seems a long way, culturally, from the Eternal City’s Catholic University of the Sacred Heart, and geographically it’s more than 12,000 kilometres to the University of Washington in Seattle; however these dots on a map are only a few of the many places where Professor Hamilton-Craig has worked and studied in an endeavour to learn more about the fist-sized organ that pumps blood through our bodies.

“I took a gap year out of school after winning a law scholarship,” Prof. Hamilton-Craig explains. “I was interested in law because I enjoyed debating – and I loved arguing with my friends – however I did a summer internship in law and it didn’t inspire me. My father is a doctor, so I ended up studying medicine and following in his footsteps. I love it because one is genuinely helping people daily.”

Cardiology is an area of medicine where a large part of it is evidence-based, so for an academic clinician like Prof. Hamilton-Craig it’s an attractive area to work in.

He’s one of a growing number of Cardiologists who are calling for an increase in using imaging to identify and prevent heart issues in patients who would normally be considered low-risk.

“There’s been a big decrease in deaths from heart attacks in Australia and we know that advanced identification of risks and early intervention plays a key role,” he said. “If heart issues are detected early or if a patient presents with warning signs early, then there are less fatalities and a decrease in ‘big’ heart attacks.

“Unplugging the artery early, within 90 minutes of symptoms, means you can salvage that heart muscle that was at risk,” he said. “This means, we don’t see the heart failure or the big complications we used to see in the past.”

Statistics show that the percentage of Australians who smoke has dropped enormously, however there’s been a worrying increase in young females starting smoking.

“When people are health-aware, we refer to it as ‘health literate’ which means patients are aware of what’s going on and they’re keen to be involved in their decisions,” he said. “The uptake of simple medications like blood pressure and cholesterol-lowering medication and aspirins have all been routine in general practice for some time.

“Many patients have had their GP assess them from a risk profile and had a risk calculator applied to them, such as the CVD Check. Simply someone looking at them asking questions like ‘do they have diabetes; high blood pressure; a family history of heart issues?’ is important. Awareness of the risk factors is better than it was compared to 40 years ago,” Prof. Hamilton-Craig explains.

Sydney cardiologist, Professor Gemma Figtree coined the anagram, SMuRFs which stands for Standard Modifiable Risk Factors – the things (factors) that we can change or modify to reduce risk.

“SMuRFs encompasses things like smoking, high blood pressure, diabetes and cholesterol,”says Prof. Hamilton-Craig. “However the proportion of patients presenting with heart attacks who have no known risk factors – let’s call them the SMuRF-less people –  is increasing.

“So there’s other risks we just don’t know about because we’re not detecting heart disease early enough.”

For Prof. Hamilton-Craig, using cardiac imaging to examine the arteries could be the key to the early detection of heart disease in people who don’t fit the standard ‘at-risk’ criteria.

Cardiac imaging is not new, it’s been around for at least 20 years but Prof. Hamilton-Craig said it has been recently endorsed by both the National Heart Foundation and the Cardiac Society of Australia and New Zealand.

“It’s recognised that the online calculators are not that accurate in certain patient groups so recommending coronary artery calcium scoring in certain individuals improves the precision of risk assessment,” he said.

“This cholesterol is a waste product and as it builds up in the blood, it gets deposited in the arteries because the blood runs through the arteries which leads to atherosclerosis, or pimples inside the arteries. Over time, these harden and calcify, and this calcification or hard plaque is what you can see on a scan,” explains Prof. Hamilton-Craig.

It’s simple, easy, accurate and the evidence base and guidelines now support the use of cardiac imaging.

“If you’re somebody who is already at risk with high blood pressure and diabetes, then the need for imaging isn’t necessarily a high priority. You would or should already be in the care of a GP for managing that,” he said. “However, cardiac imaging is best for what I call the ‘worried well’ – people that don’t present as being ‘at risk’ of cardiac disease but may have had a brother or relative suffer a heart attack because they’re part of this SMuRF-less category and went undetected.

“The only limitation for calcium scoring is that it’s not Medicare funded in Australia and the reason for that is because no application has been put forward for a reimbursement.

“Hopefully, an application may occur on the completion of a couple of Australian clinical trials that are currently under way.”

The news has been filled recently with high profile people, Shane Warne and Labor Senator Kimberley Kitching, both 52; along with cricketer Rod Marsh who’ve all died from what seemed like sudden heart attacks.

Prof. Christian Hamilton-Craig believes that if more of us undertook a simple scan of our arteries, even if we don’t already have our health record flagged ‘at risk’ then more lives might be saved. It’s certainly a conversation worth having.

You can find out more by visiting www.noosahearts.com.au or calling Prof. Hamilton-Craig’s Noosa Clinic on 5455 9459. 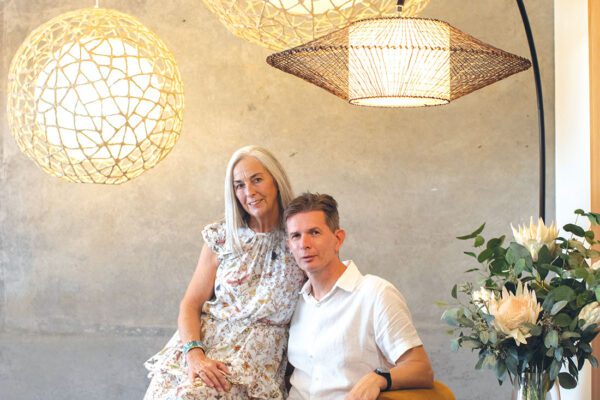 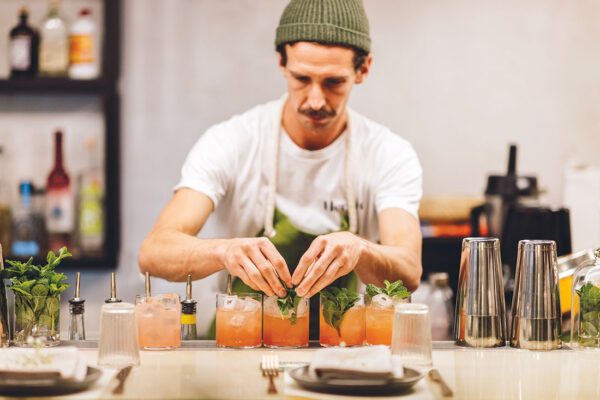